The Laser Engraving and Cutting Process 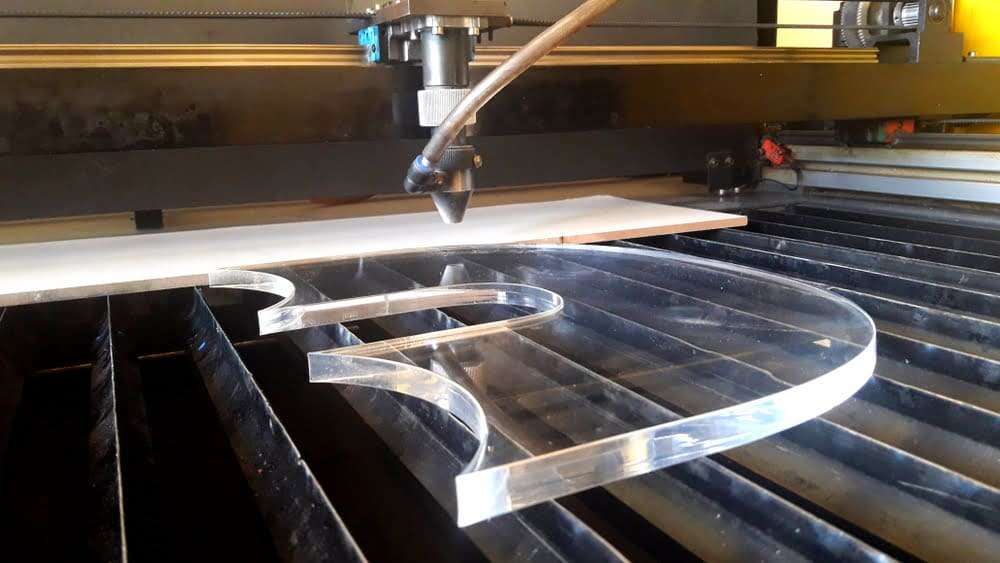 Using Lasers for Engraving and Cutting

Lasers are utilized for a variety of applications. They are used to cut metal plates, for example. The laser cutting technique on mild steel, stainless steel, and aluminum plate is highly accurate, produces good cut quality, has a very small kerf width and heat impact zone, and allows for the cutting of very delicate shapes and microscopic holes.

CO2 flatbed lasers can successfully be used for both laser engraving and cutting — and multiple materials, such as wood, acrylic, and steel can generally be processed and finished in this way. While both cutting and engraving rely on thermal, heat-based, processes, there are some key differences between the two.

How Does Laser Engraving and Cutting Work?

The laser beam is a column of extremely bright light with a single wavelength or color. In the case of a standard CO2 laser, that wavelength is in the infrared region of the light spectrum, making it invisible to the naked eye. The beam is just approximately 3/4 of an inch in diameter as it passes through the machine’s beam path from the laser resonator that generates the beam. It may be bounced in various ways by a series of mirrors, or “beam benders,” before being focussed onto the plate. Before hitting the plate, the focused laser beam passes through the bore of a nozzle. A pressurized gas, such as oxygen or nitrogen, is also passing through the nozzle bore.

The laser beam can be focused using a specific lens or a curved mirror, which is done in the laser cutting head. The beam must be carefully focused so that the form of the focus spot and the density of the energy in that spot is exactly spherical and consistent, and that the focus point is centered in the nozzle. By narrowing the large beam to a single pinpoint, the heat density at that location is extremely high. Consider how using a magnifying glass to focus the sun’s rays onto a leaf can start a fire. Consider concentrating 6 KWatts of energy in a single location, and you can picture how hot that location will get.

Because of the high power density, the material is rapidly heated, melted, and partially or completely vaporized. When cutting mild steel, the laser beam’s heat is sufficient to initiate a conventional “oxy-fuel” burning process, and the laser cutting gas is pure oxygen, just like an oxy-fuel torch. The laser beam simply melts the material when cutting stainless steel or aluminum, and high-pressure nitrogen is utilized to blow the molten metal out of the kerf.

The laser cutting head of a CNC laser cutter is moved over the metal plate in the shape of the required part, cutting the part out of the plate. A capacitive height control system maintains a precise distance between the nozzle’s tip and the plate being sliced. This distance is significant because it dictates where the focal point is in relation to the plate’s surface. Raising or lowering the focal point from just above the surface of the plate, at the surface, or just below the surface can have an effect on cut quality.